🤫 Shh Emoji: For Silence and Secrecy 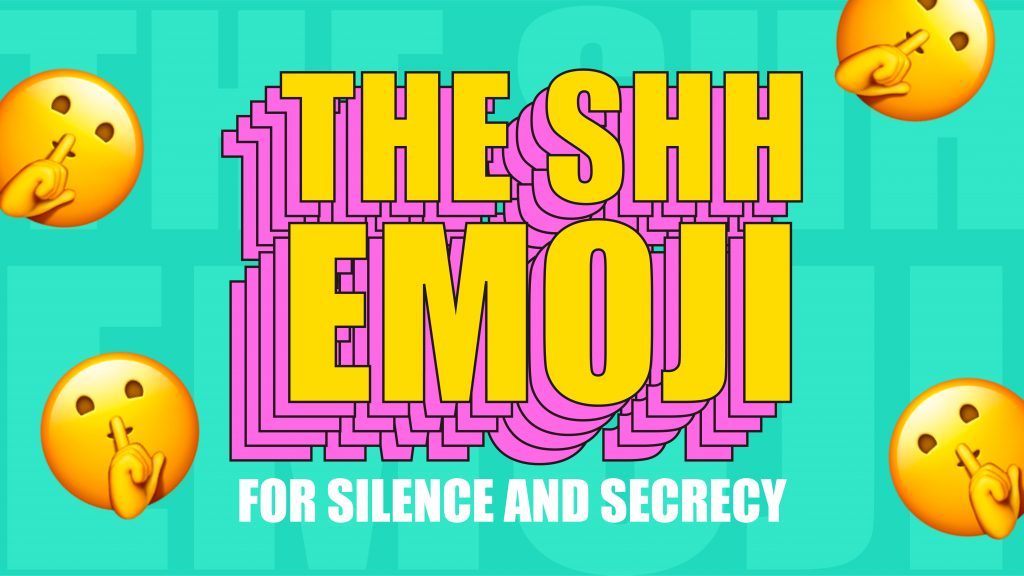 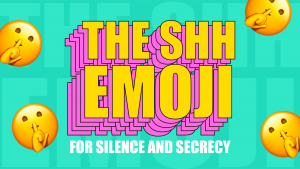 There’s no better way to keep it low-key than the 🤫 Shh emoji. Picture this: you’re in a library reading an excellent book when someone across you laughs boisterously over the phone. It’ll definitely distract you. If it’s that bad, it could even lead to you reading the same sentence over and over. Will you scream at them back? That would only add fuel to the fire. So what’s the most common way of politely asking them to lower their voice? We put our index finger up to our lips and make that hush noise. This is how you say shh meaning silence.

It’s even more convenient now that we’re in the digital age. If someone you know from across the room speaks way too loud, you can easily send them a shh emoji to get them aware of it! Getting shushed is embarrassing, so your friend might even send a 😳 Flushed Face emoji or an 🤭 Oops emoji in return.

Since shushing someone is considered an international gesture, it’s become a common gesture. The whole finger to lips thing can be found everywhere. It’s portrayed in western movies and Japanese anime. They even made a shh meme to add to the list of funny things you can find on the internet.

So how do you use the shh emoji? You know what it means, but when is it appropriate? Why was it made? And what does it look like? Thankfully, you’ve got this blog to cover the background of the shh emoji to give you a head up on all of this.

General Background of the Shh Emoji

The shh emoji, or the 🤫 Shushing Face emoji has many names. It’s also called the hush emoji, quiet emoji, or secret emoji. It shows a face with a finger over its lips. This emoji was approved in 2017 as part of the Unicode as U+1F92B. Although it was originally called the shushing face during its debut, it’s been renamed “Face with Finger Covering Closed Lips” as part of the Emoji 5.0.

It developed from the traditional smiley emoji. It’s currently one of the very few of its kind to have hands. The 🤔 Thinking Face emoji, 🤗 Hugging Face emoji, and 🤭 Hands Over Mouth emoji are also included in that group.

While you can’t actually hear the shushing sound from the shh emoji, you can definitely imagine it. This is because the action of the shh emoji is a globally known gesture known as the shush gesture. Whether you live in Europe or Asia, the shush gesture is something all societies and cultures know.

All the shh emoji designs come as a yellow face with the shh finger on their lips. The curve of their mouth is often different. The Apple shh emoji has a slight smile on its face similar to Google. Samsung’s version prefers a straight line and big black eyes. Microsoft has their eyebrows up and their mouth in the shape of an o.

For social media platforms, both WhatsApp and Twitter are like Microsoft’s design. Facebook’s choice is to use the o-shaped mouth with a white glove on its hand. Skype’s version is the odd man out. It has a two-layered white tape across its mouth and moves to shake its head.

Proper Use of the Shh Emoji

Nowadays, the shh emoji also has an alternate meaning: for you to keep it a secret. Modern uses of the shushing gesture mean to keep things down low and only on a need-to-know basis. This is also the reason Skype’s version of the shh emoji looks that way.

The shh emoji along with the calm emoji explains that you’re trying to hush an angry person and inviting them to a calm vibe. This could also quell someone’s anger or invite someone to relax with you. Another roundabout way could make you say that you don’t want to hear any more of what they’re about to say.

🤫🤭 – The shh emoji with the hands-on mouth emoji explains that the sender slipped the secret out to you by accident.

🤫😏 – If you wish to use a sneaky emoji with the shh emoji tells you to keep quiet about a plan or secret.

🍵🤫 – About to spill some serious tea about something or someone? Using the tea emoji with the shh emoji tells the recipient you’re about to share some secrets.

🤫💀 – Adding the skull emoji with the shh emoji definitely means it’s a deadly secret. You better not tell anyone else or there will be consequences!

🤫😴 – Adding the sleeping emoji with the shh emoji implies that you’re about to sleep and request some peace and quiet.

The Origins of Shushing 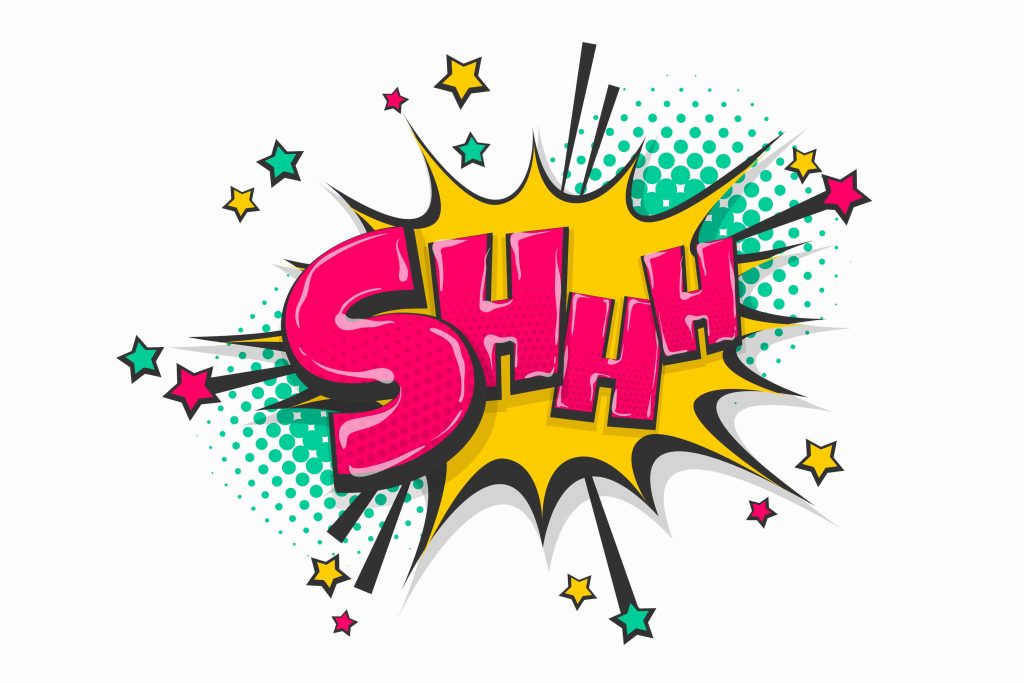 The word shh from the shh emoji is actually spelled shush. It was first used in 1925. While it’s a universally known command signaling silence, its origin is up for debate. When we shush someone, we imitate the last two letters of the word.

Some people insist that shh was used prehistorically. They say our ancestors imitated the sound of snakes, a silent predator. Most dictionaries source that it may have derived from the Middle English term « huisst », which meant silence. Huisst was pronounced as « wheesht. »

Now, what is the proper spelling of the shh emoji? Is it hush or shush? The answer is both. Since both shush and hush are used to stop noises or speeches, they are interchangeable.

The word hush was the first to arrive in the English dictionary. It was first used in the 1500s while the word shush was born in the 1920s. Both have the “sh” at its end, which is the sound we imitate when shushing a person. So the truth is whether you prefer the word shush or hush is all that really matters. 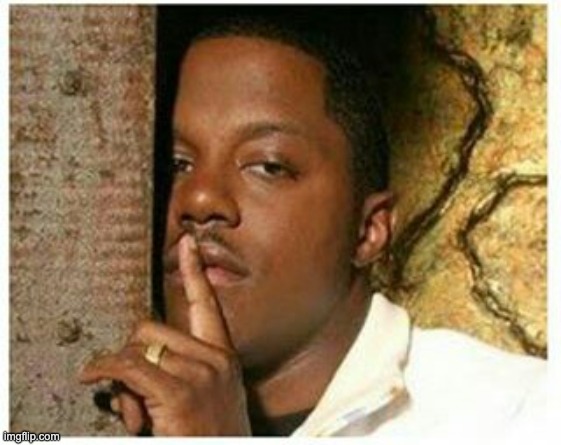 We know that meme culture is a steadily growing subculture on the Internet. This allows many types of memes to come out of the minds of different people. Thanks to this, many shh memes have come out. The most popular one would be the man who leans on a corner of a wall doing the shh gesture with a serious face. There are other memes like the two-panel comic of the man pinching the lips of another.

It is a polite gesture to request silence. Many universally know it as a quiet symbol. When faced with a person asking for silence and using the shushing technique, the proper thing to do is to lower the volume of your voice or activities. It is also important to apologize for the noise depending on the location or situation. 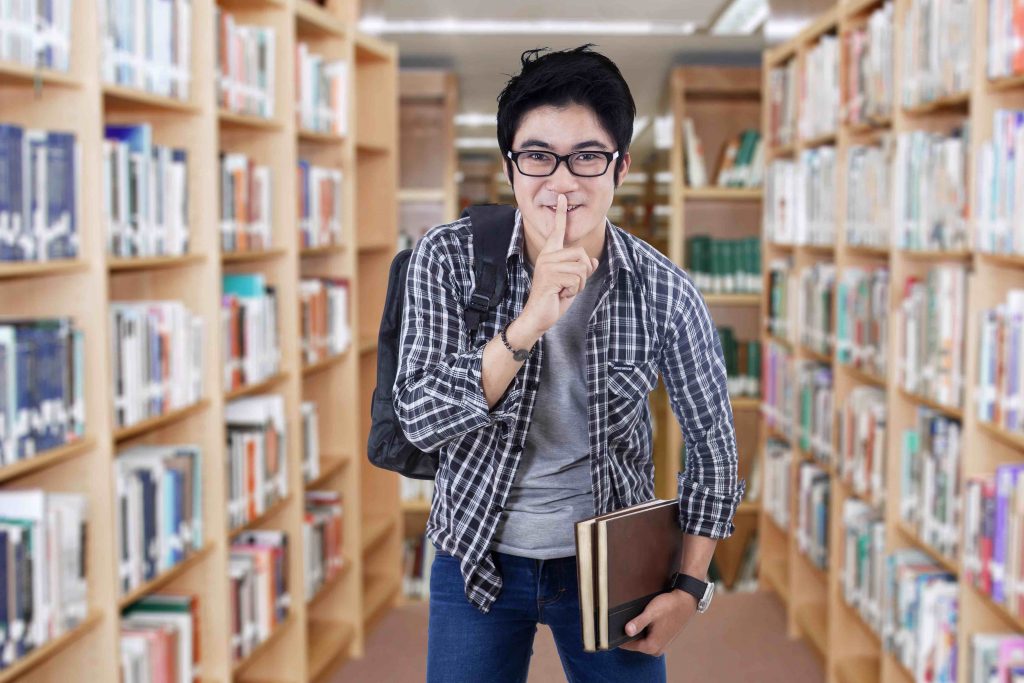 If a librarian asks you for silence, it is proper manners to obey. If you are in a temple, you are also required to minimize noise. The same goes for situations like exams or movie theaters. It is also considered good ethics to be mindful of the noise you make in the evening.

Some children and babies are lulled to sleep by the shushing of their mothers or caretakers. This is because when an infant is still inside their mother’s womb, the loud noises are accompanied by a continuous shushing sound inside. It’s a natural source of white noise for us and is probably one of the first things we ever hear.

There’s also an alternate version of shushing. It is used when a group of friends is gossiping or discussing something serious. When the speaker uses the shush gesture, it means that only the people present should know about it. Personal experience may tell you it doesn’t always work that way, though.

There are many places wherein being loud is acceptable. And they are just as many as the ones that require absolute silence. The most commonly known place where shushing is famous is the library. Many cartoons depict an angry librarian that dislikes noises you make. While movies may exaggerate the level of strictness, libraries do require silence. This is obviously for students and researchers alike who need concentration on what they’re reading.

Another example would be temples or holy places. If you visit a church, the silence should be upheld to preserve the holy presence. Some cathedrals even have their priests go around to gently remind people to keep the peace. This also goes for mosques, where prayer is also needed for concentration.

In situations like funeral wakes, it is considered incredibly rude to make noises. Many of the guests are grieving the loss of their loved ones and being loud can only inflict chaos and disruption. The same goes for joyous occasions, like weddings. Especially when the bride is marching towards the altar.

So now that we’ve got the basics of the basics down, why not try the shh emoji right now? You already know what the shush meaning is, and you know the proper way of using it. Nothing is holding you back on the next person who needs to lower their voice or keep what you’re about to tell them between just you two. Whether it’s a delightful story, a funny shush meme, or even just asking for a bit of silence, the shh emoji is here for you to use.